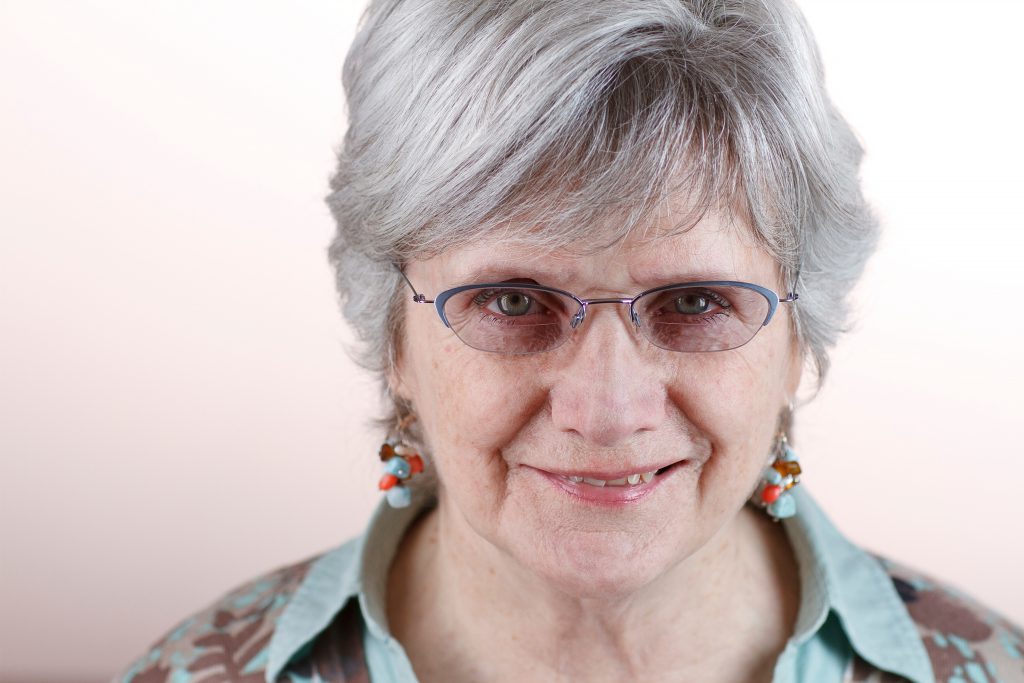 “We get to know each other really well. I can’t think of any other group that you would join where you would become really best friends with someone…it’s amazing.”

Angela is a person who is always looking to gain new experiences. This willingness to try new things lead her to a career working with BBC and CBC and then to join the GeriActors in her retirement. As a 14 year member of the GeriActors, Angela has lost count of the many plays she has been a part of, but she still remembers her first standing ovation. She discovered the GeriActors while participating in the Edmonton Lifelong Learners Association. Angela always looks forward to the creativity and challenges that come with completing her newest characters costume. You’ll rarely find Angela sitting at home between the GeriActors, singing in a choir, and her involvement with her church.