If you have any questions about programs, upcoming events, or how to get involved we would love to hear from you! 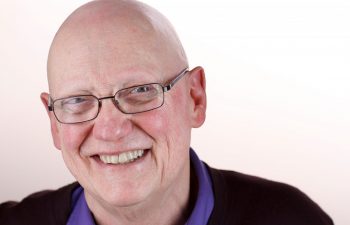 David Barnet, the founding artistic director of GeriActors, is a professor in the Department of Drama at the University of Alberta, where he specializes in community-based and ensemble theatre, and acting Shakespeare. He is the founding artistic director of Catalyst Theatre in Edmonton, Alberta, and has extensive experience in Popular Theatre and Theatre for Development in Africa and Asia. He is a 3M National Teaching Fellow.

In developing GeriActors and the practice of intergenerational theatre and creative aging, David Barnet has been influenced by the work of Stuart Kendall and Stagebridge in Oakland, California; Arthur Strimling and Roots and Branches in New York; ESTA (Elders Share the Arts) in New York; Susan Pearlstein (founder of the National Centre for Creative Aging) in Washington, DC; and Pam Schweitzer, the founder of Age Exchange in London, UK. 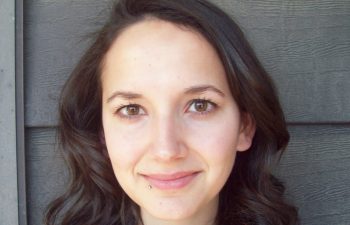 Becca Barrington has been with GeriActors since 2010 first as a “Friend” and then she was lucky enough to land the job as their Administrator in 2012.

She has a Bachelor of Arts in Drama from the University of Alberta, and professional experience in arts administration and management, facilitation and community-based theatre. Becca also has the joy of working with Rising Sun Theatre, and has previously worked with Grindstone Theatre, Chrysalis Society, and Theatre Alberta. 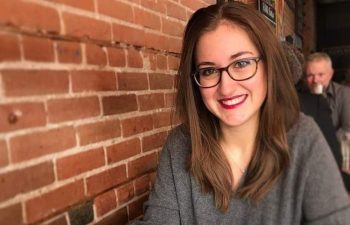 Erin is very excited to be working with GeriActors Theatre! She is a graduate of the BFA Technical Theatre; Stage Management program at the University of Alberta. She has a passion for paperwork and supporting artists any way she can. Some of her previous credits include work with: Citadel Theatre, Taste of Edmonton, Catch the Keys Productions, The Maggie Tree, and Grindstone Theatre, among others.

GeriActors would like to respectfully acknowledge that we are located on Treaty 6 territory, the traditional gathering place for diverse Indigenous peoples including the Cree, Blackfoot, Métis, Nakota Sioux, Iroquois, Dene, Ojibway/ Saulteaux/Anishinaabe, Inuit, and many others whose histories, languages, and cultures continue to influence our vibrant community.

Our audio plays are available to listen to through our Shop! Dismiss